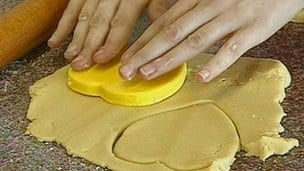 Fifteen new “studio schools” are to be set up in England for pupils aged 14 and over, combining academic studies and work-based training.

They are backed by employers including Hilton Hotels, Michelin tyres, Ikea and Aston Villa Football Club.

Pupils do weekly work experience and follow “nine-to-five” hours with the aim of getting them ready for work.

Supporters say the schools will improve employability, critics that they could push pupils down a path too young.

The studio schools will be generally smaller than other schools – typically having 300 pupils, aged from 14 to 19.

All will offer GCSEs in English, maths and science, the government says, as well as A-levels and vocational qualifications, but will offer a “more practical way of learning”.

The idea behind them is to involve businesses so that pupils leave school with the skills needed by local and national employers.